Cancer experts across Europe declare that there are still significant barriers to detecting cancer early. Over 150 experts from over 30 countries responded to the survey of the EU co-funded Joint Action iPAAC (innovative Partnership for Action Against Cancer). The results were announced in Budapest today.

Lack of awareness was identified as an important barrier to the early diagnosis of cancer. But the recognition of symptoms is not enough. Other issues are delays, access to primary care and socioeconomic inequalities. Early detection can also produce more harm than benefit, so more knowledge is needed to avoid unnecessary medical treatments.

The iPAAC survey explored some of the most common cancers in Europe: breast, prostate, skin and oral cancers. Six barriers in the survey ranged from lack of evidence to cancer stigma and poorly organized patient path. The most common cancer among women in Europe is breast cancer, yet women are unfamiliar with the diverse early symptoms. The need is therefore urgent for better information and on the advantages of early detection. Among men, prostate is among the most common cancers, but unfortunately, it is very difficult to detect early. There are no clear warning signs for aggressive types of prostate cancer and more research is needed. The lack of evidence was also very high among barriers mentioned. Unequal access to primary care is another major barrier. There are populations who cannot afford to seek health care services, or cannot travel the distances required. It may also be that services simply do not exist.

The results of the European survey were discussed at an international expert meeting on 20 May in Budapest. For Hungary, the focus was especially on head and neck cancers. More than 60 experts attended this meeting to advance European cancer control. They represented governmental agencies, health ministries, European societies, health care professionals, research institutes and patient advocacy organisations.

The aim of the meeting was to prioritize the most important findings of the survey for European policy-makers. There will be another conference in December 2019 in Helsinki about screening programmes where early detection will be tackled at the population level. Currently, EU recommends three population-based screening programmes: cervical, colorectal and breast cancer. The iPAAC conference was organized by the Hungarian Institute of Oncology, the Association of European Cancer Leagues (ECL), the International Agency for Research on Cancer (IARC) and the Cancer Society of Finland. 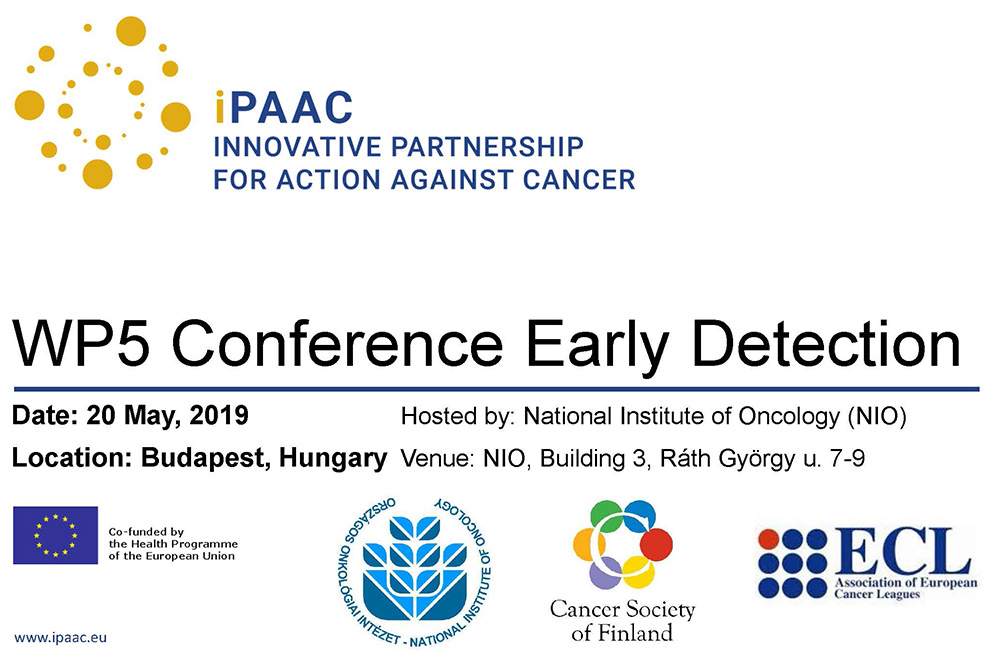